First, a little interesting history: The radial arm saw invented by Raymond DeWalt in 1922 is made up of a circular saw on a horizontal arm that slides. At the time, it was the major tool used by wood workers for cutting long pieces of wood to length. In the 1970s, the miter saw was introduced.

A radial arm saw could be set up with a dado blade to make those cuts, rabbets, or half-lap joints. Some of these saws would turn the blade parallel to the back fence for doing a rip-cut. 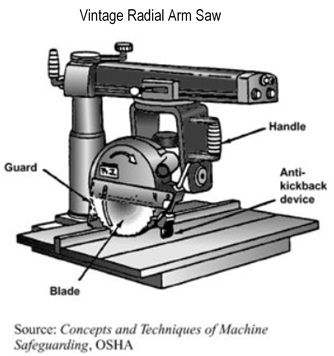 Too bad for Ed Niehaus in 1964, the inventor and a tool designer for Rockwell®—he didn’t get his miter saw design patented so others ran with his idea.

A miter saw makes accurate cross-cuts and miters in a piece of wood by pulling a large backsaw or a mounted circular saw blade down onto a board in a quick motion. Miter saws are commonly referred to as drop saws and abrasive cut-off saws that are referred to as chop saws. Long rip-cuts cannot be done with a miter saw since they are cross-cut saws.

Have the two boards together that have perfect straight edges. A wider board is better for doing this than narrow. The width of the boards should be as close to your miter saw cutting capacity for better accuracy. Be sure the edges are against the fence.

Cut the two boards at the same time. To ensure a straight cut, be sure the wood is on both sides of the blade rather than having end-grain skinning. 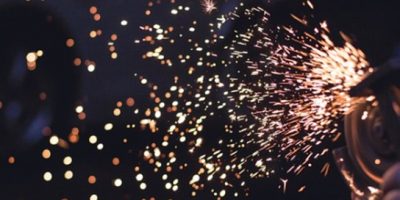 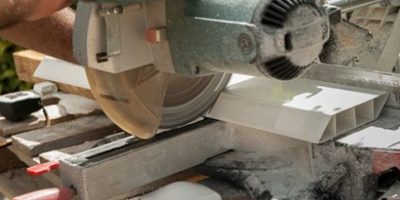